Some forty-five years ago, the U.S. Department of Transportation, through the National Highway Traffic Safety Administration (NHTSA), saw a need to help consumers better compare and purchase tires. They came up with and established the Uniform Tire Quality Grading (UTQG) rating system. Since then, most passenger tires are required to undergo UTQG testing. Winter tires, trailer tires, LT-metric tires and some others are exempt from testing. The tires are tested on an individual tire model basis. Once a tire’s rating is established, all sizes with that tire model are given this rating.

The tests are conducted by the manufacturers, not by NTSHA, although NTSHA has the right to inspect tires and their results and can penalize a manufacturer if ratings are exaggerated. Manufacturers, however, can understate a rating without any penalty, and they often do in order to position a tire in a line for marketing purposes.

For treadwear testing, the tires are subjected to a road test. The tires are run in a convoy of three or four vehicles along with standardized test tires that are manufactured for the sole purpose of test comparison. The test is on a 400-mile test loop in west Texas with a total of 7,200 miles. The standardized test tires have been predetermined to have a test rating of 100. If the tested tire lasts twice as many miles as the standardized tire, it will have a 200 treadwear rating; if three times longer, it will have a 300 rating and so on.

The traction test is a straight-line wet braking test in warm weather with the use of a skid trailer and sensors that measure the tires braking g-forces as it slides. The traction grades are “AA”, “A”, “B”, and “C”. About fifteen percent of passenger tires will have the highest rating of “AA”, and they tend to be performance tires. Most others will have an “A” rating which is very good.

The temperature rating indicates how much heat a tire generates and dissipates. This test is very similar to the tests to determine speed and load rating. The test is performed on a drum in a laboratory environment. The tire is pressed against the drum to simulate the weight of a vehicle. The ratings are “A”, “B”, and “C”. Most passenger tires have an A rating. An “A” rating means a tire can dissipate heat at an adequate rate at a speed of 115 MPH for 1 hour. A “B” rating is at 100-115 MPH. A “C” rating is 85-100 MPH. This is very important information, particularly in warm southern states.

Limitations of the Current System

The way the UTQG system is currently set up, there are several limitations. Part of this is because the results of an individual tire are applied to all sizes with that tire model. When the UTQG system was established, we had very few sizes compared to today.

Let’s take a look at the treadwear test first. A smaller tire will have more RPMs than a taller size tire. How can a tire with more RPMs have the same treadwear rating? Also, the technology for manufacturing and developing tire compounds has improved greatly since the 1970s. Tires last for many more miles. Testing for 7,200 miles where the tires are on a loop, the air pressure is perfect, and the tires are rotated every 200 miles will result in very little wear for modern tires. These facts make this test somewhat useless and rather mundane.

Next up, let’s review the traction test, which only grades the ability to stop a car in a straight line on wet pavement. It doesn’t test for braking on dry pavement, dry or wet cornering, or cold weather traction, such as ice or snow. Tires that have good wet braking traction are typically compounded with high styrene levels, and tires with high styrene compounds result in poor cold weather traction. This means this rating is very limited and can even be slightly misleading for end-consumers.

Finally, let’s look at the temperature test. This test leads to believe anything less than an “A” rating is inadequate. But what it doesn’t tell you that is that tires compounded for on- and off- road use will often have a “B” or “C” rating (although very few will have a “C”). This is because the chemicals used in tire compounds that help with heat dissipation make rubber less resistant to things like impact. So, less heat-reducing chemicals are used for these tires.

So, does the UTQG rating system need to be updated?

The way the UTQG rating system is currently set up is very subjective. Standardized testing tires are made by major manufacturers, such as Goodyear or Cooper. They receive a government contract for a five-year period. This means that testing is already skewed in their favor.

As previously mentioned, the current rating system also allows room for the manufacturers to understate ratings without a penalty. They often do so to help them better position a particular tire pattern within a line. For example, a manufacturer makes two tires for the same type of vehicle and sells Tire A for $80 with an 80,000 mileage treadwear warranty and Tire B for $50 with a 50,000 mileage treadwear warranty. However, when tested they have the same UTQG rating. The manufacturer might lower the UTQG rating of Tire B to better position it in the line.

In a content-driven world where consumers are hyperaware of the world around them and becoming more and more informed in their decision-making, the rating system would better serve consumers if it was more standardized and helped the everyday consumer be more informed when comparing tires for purchase. It would also be beneficial to incorporate a fuel economy rating.

Until manufacturers create a less subjective and more consistent rating system, I recommend consumers look at a manufacturer’s warranty for treadwear information. After all, they back it with real money. As far as traction goes, because I drive in all sorts of weather I look for the “All-Season” designation on the tire. Consumers should look for tires with weather designations that best fit their everyday driving needs. This tells you more than the traction rating since most tires have an “A” rating anyways. As for as the temperature rating, I recommend looking for an “A” rating for vehicles that are used on-road one hundred percent of the time, but a “B” rating is more than adequate for vehicles that will have some off-road use. 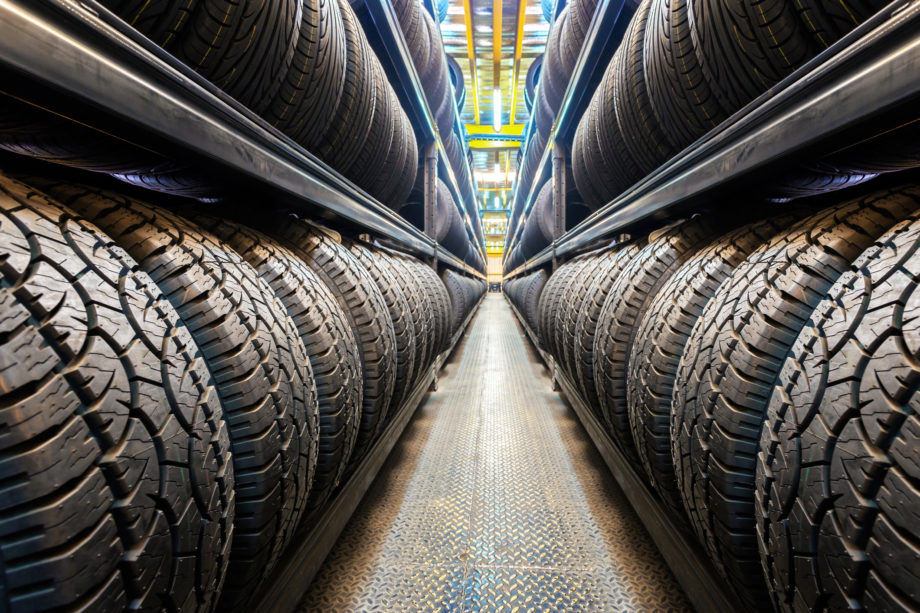 How to Differentiate Your Shop From The One Down The Block 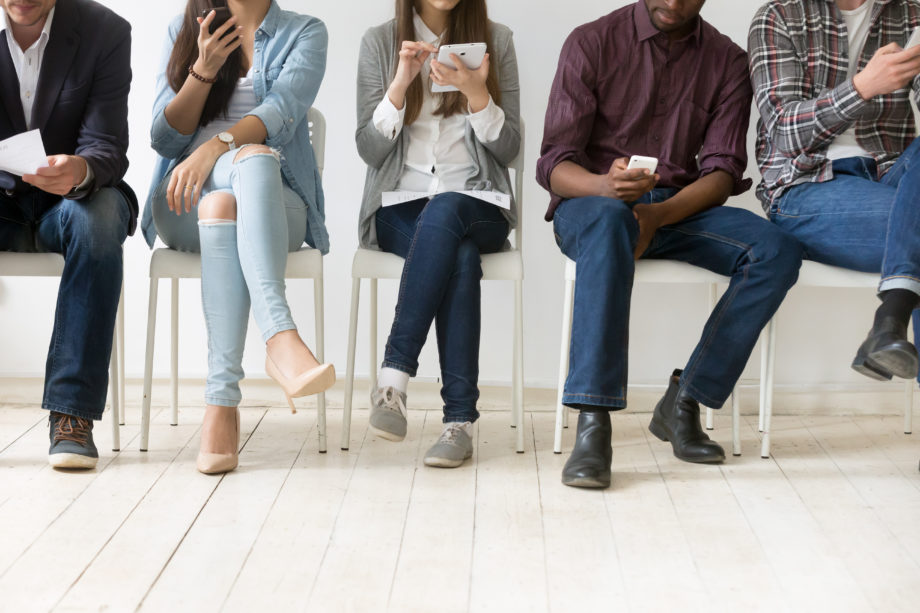 ﻿How Will the Rise of Autonomous Vehicles Change the Tire Industry?

Mariam Zafar
February 21, 2020
Industry Insights
Self-driving cars have been a sign of the future for decades, but the time for these vehicles to hit…
Read More 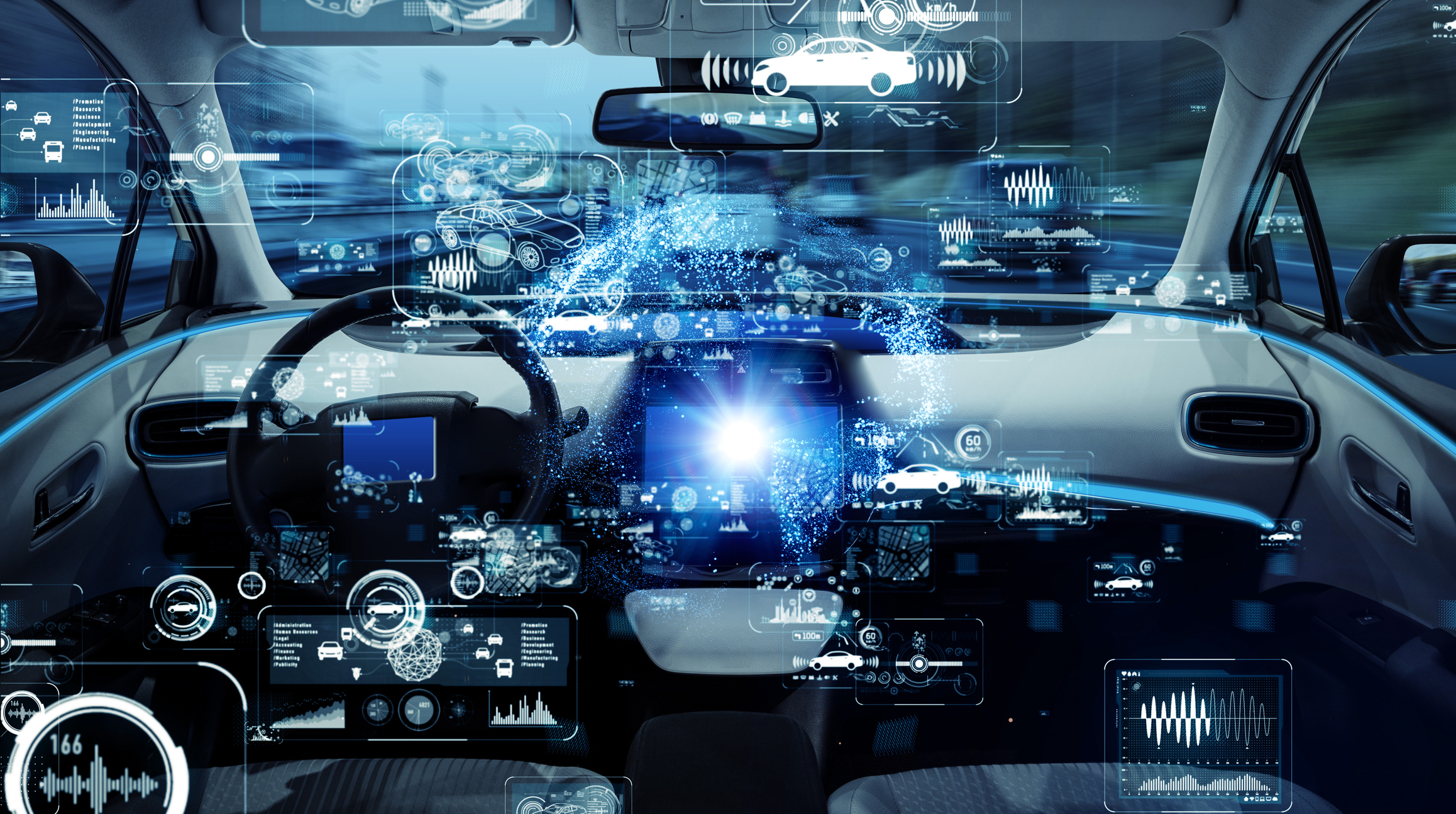 10 Years Down the Road, How Will Technology Affect Tire Performance? 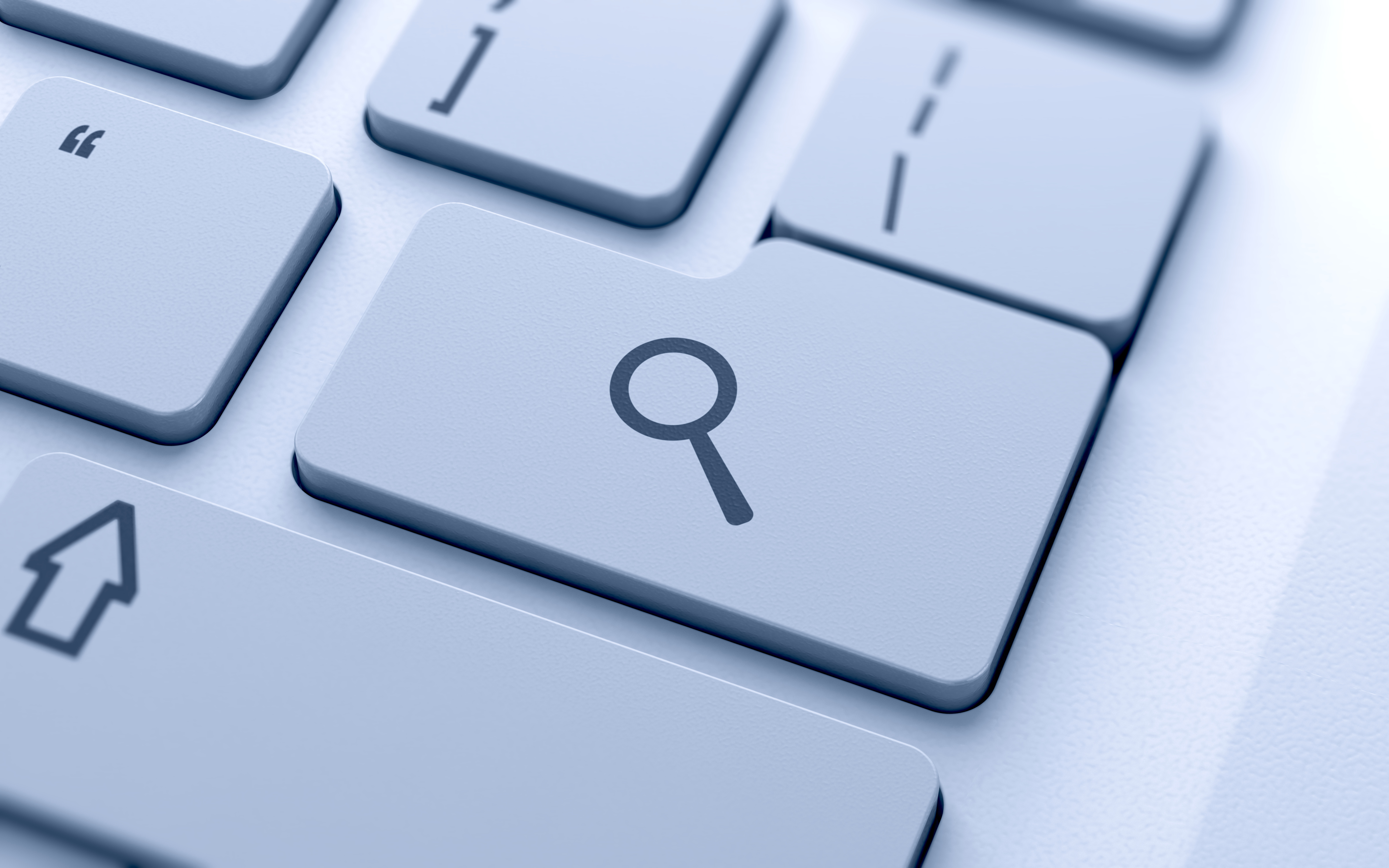 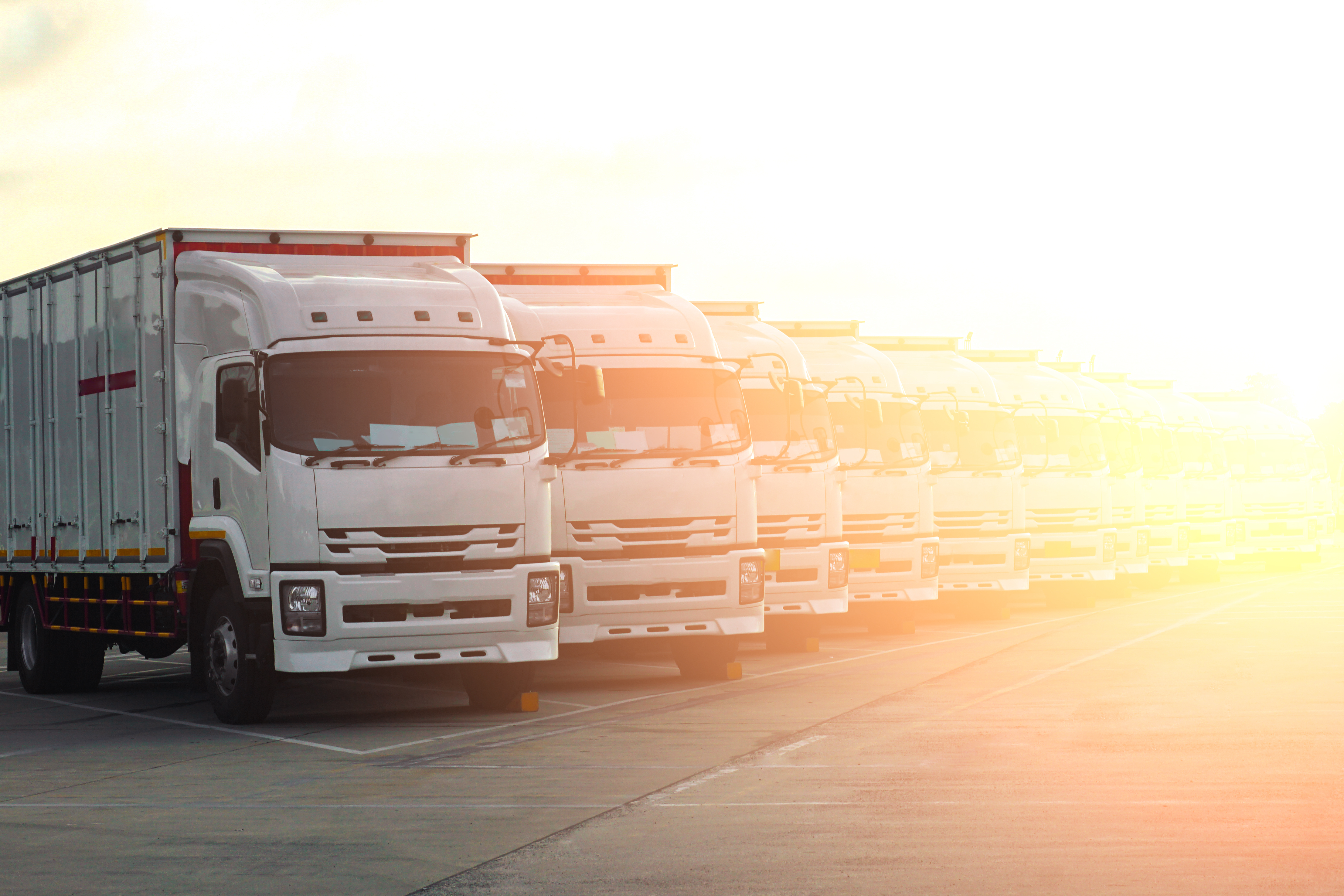 Mariam Zafar
January 3, 2020
Industry Insights
1
Note: This article is excerpted from our free e-book, “Strategies for Success.” To get the complete …
Read More